A solo show at Art:tm Inverness. I used a quote from Goethe's Theory of Colours and interspersed neon with the text. The colours on the minus side are blue, red-blue and blue-red. They produce a restless, anxious expression. This colour has a peculiar and almost indescribable effect on the eye. As a hue it is powerful, but is as it were, a stimulating negation. Its appearance is a kind of contradiction betwen excitement and repose. As the upper sky and distant mountains appear blue so a blue surface appears to retire from us. 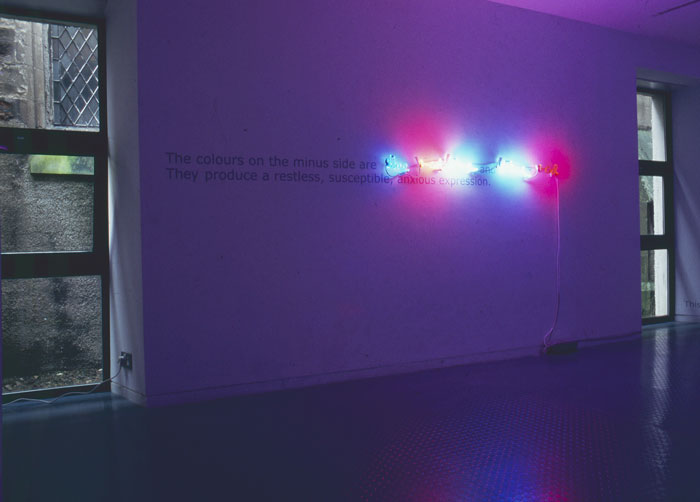 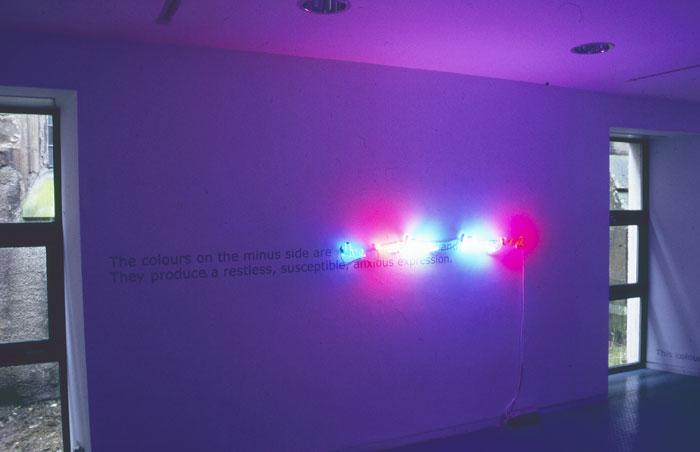 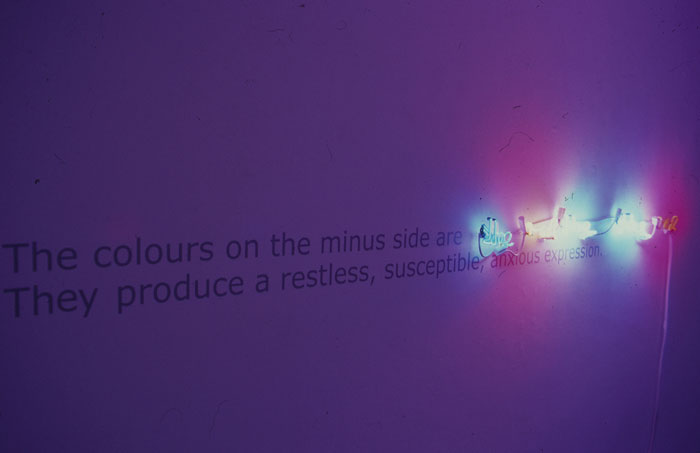 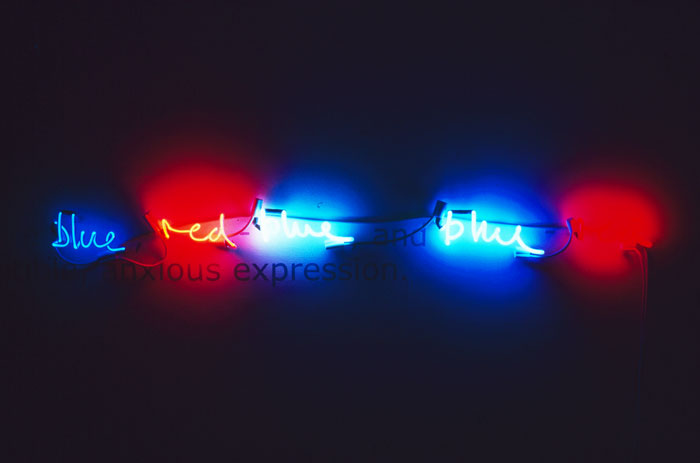 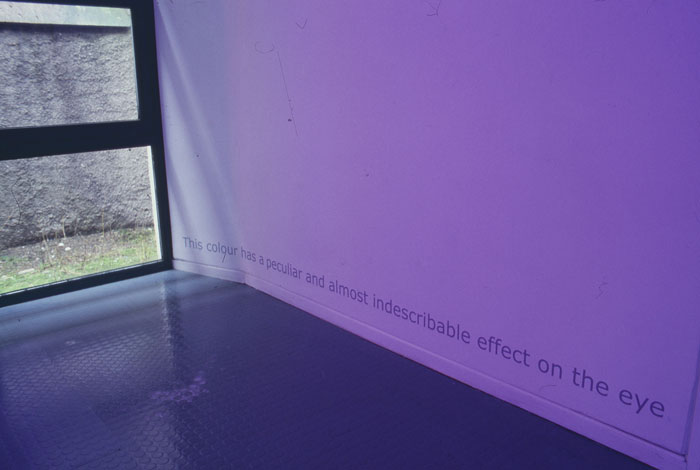 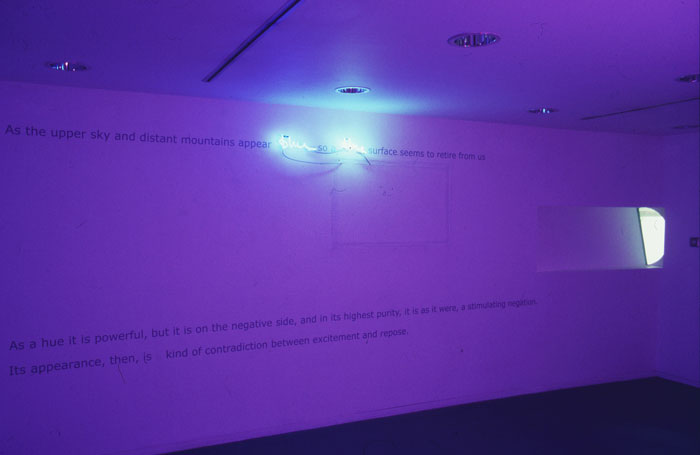