In April of 2007 I undertook a short residency at Catterline, in Aberdeenshire. Based in Joan Eardley's old studio a former smugglers lookout. I worked with the particular rocky fringe that is specific to the coastal region. Venturing out at nightfall I armed myself with chemical fluorescents, to stake out particular areas for the duration of an exposure. As light disappeared a ground zero was approached as my own visual perception was stripped away. The resultant photographs were an attempt to build up from absolute blackness. The light I used grazes and scratches my dissolving form onto the film, obliterating my presence as body in space. I was interested in the inversions that occured, night appearing as day, a period of time read as a condensed instant. The green of some images reference the moss like accumulation of time or the bloom of a mould. Ideas of time condensing and congealing infested the work. The light I used became a form of writing attempting to create a personal stake in the history of the site, the photographs a kind of laminae of past and present. 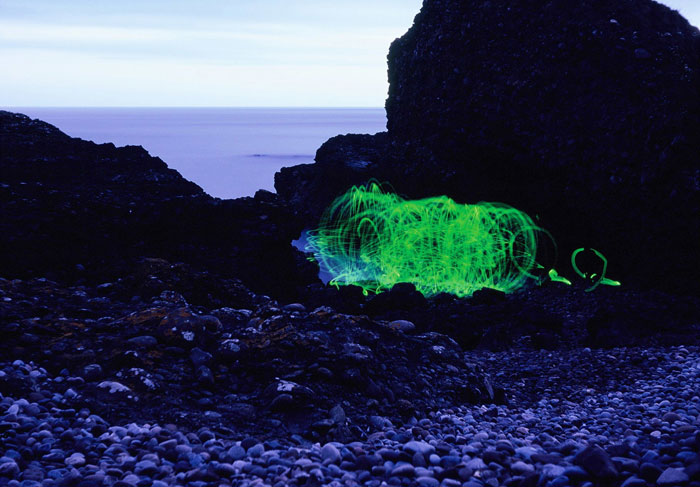 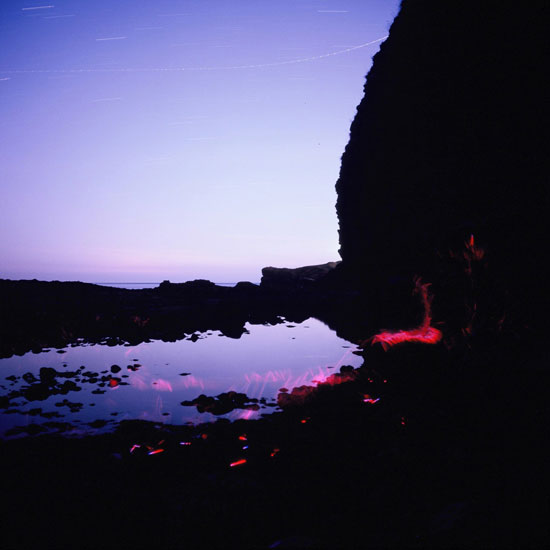 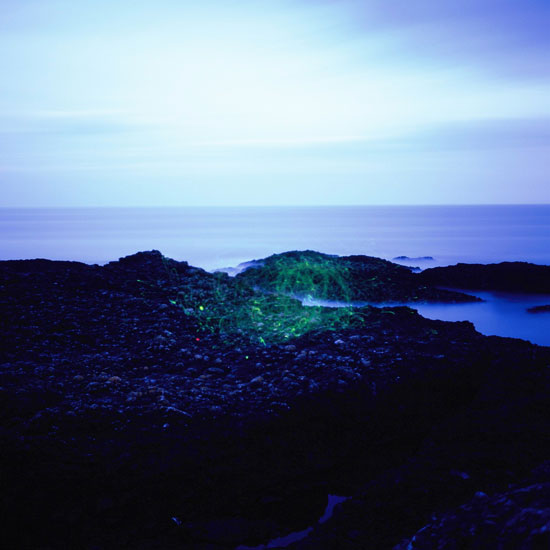 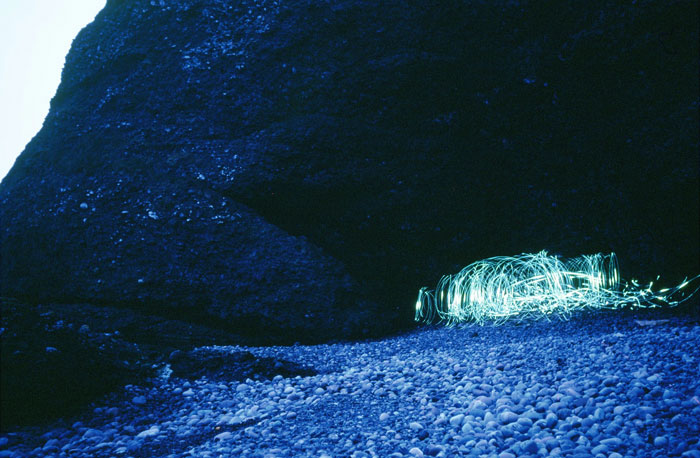 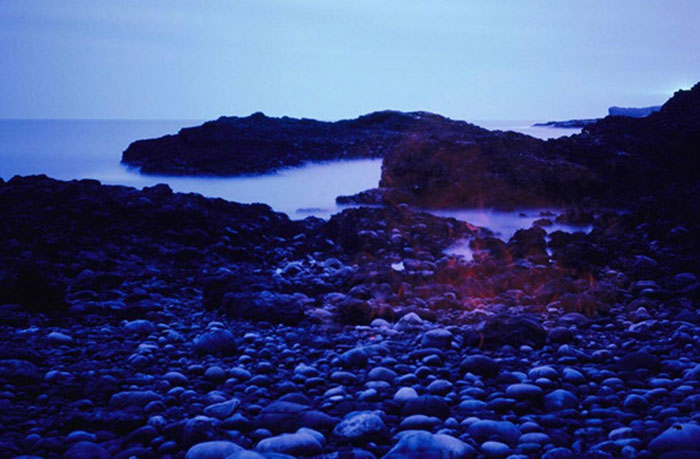 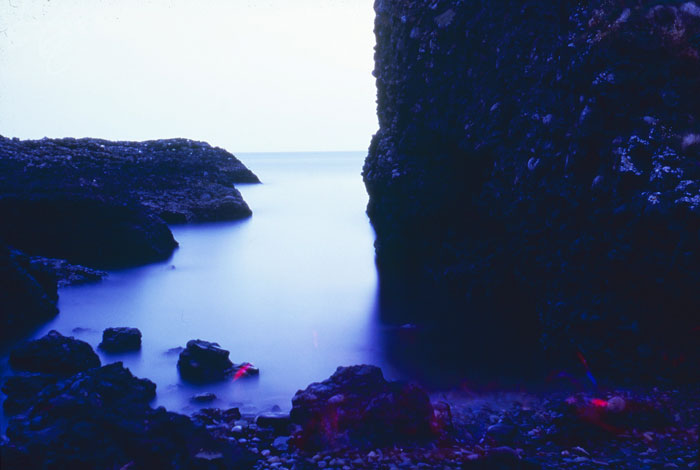