In 2000 I was invited by Adam Sutherland, director of Grizedale Arts Cumbria, to develop my practice as part of an extended residency. I developed a body of work in response to the landscape of Grizedale and its associations with John Ruskin and ideas of the romantic sublime. I held a solo show at Brantwood house (The former home of Ruskin) using deconstructed refrigerators. I also produced a number of photographic works and a permanently sited piece in the forest- Neon Rustique – a huge neon billboard which could be seen by walkers from the Old Man of Coniston, this pursued an inquiry into the possibilities of artificial light within the forest. Neon Rustique was based on the idea of the 'distilled essence' of a picture post card, i.e sky, landscape and used the colours of blue and green neon to describe an outline of an imaginary landscape. I was interested in confronting the landscape as a construct and culturally defined through romantic thought as an antidote to the (then) growing industrialisation. 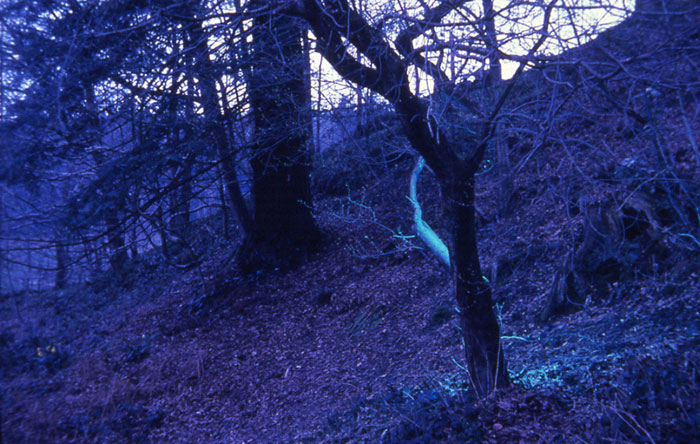 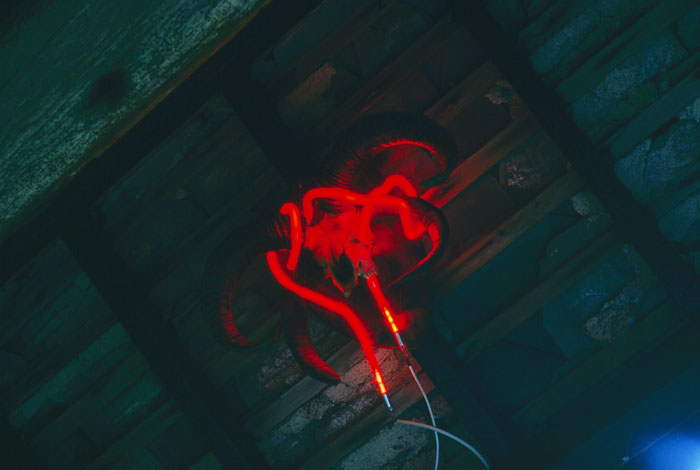 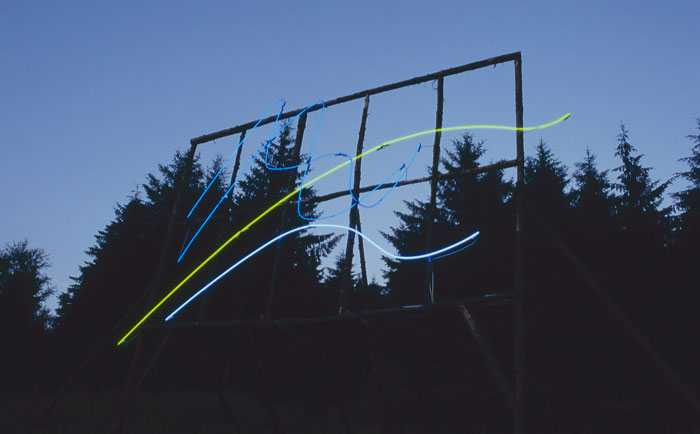 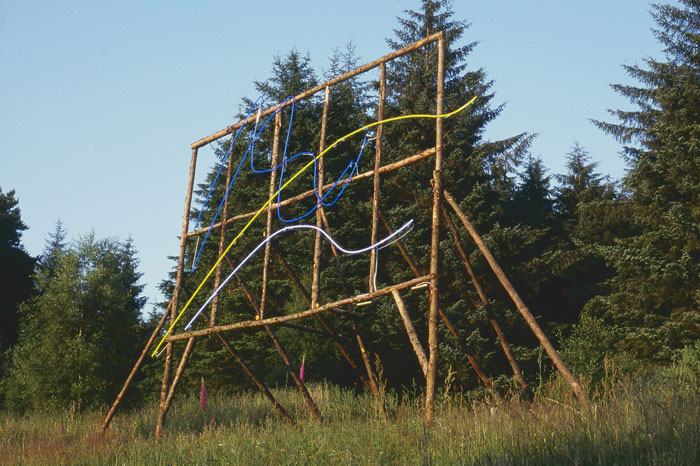 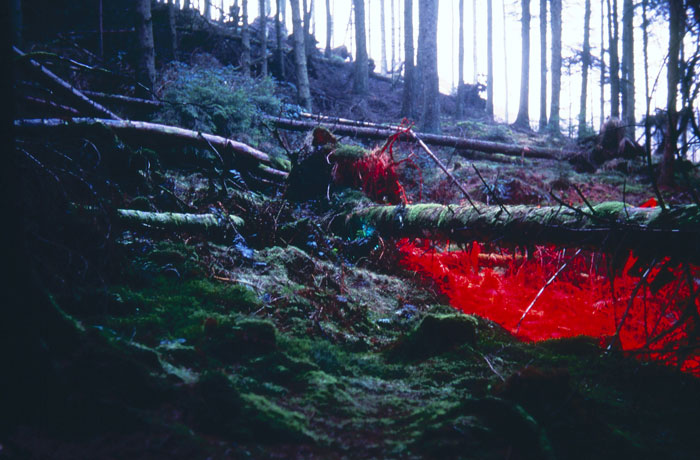 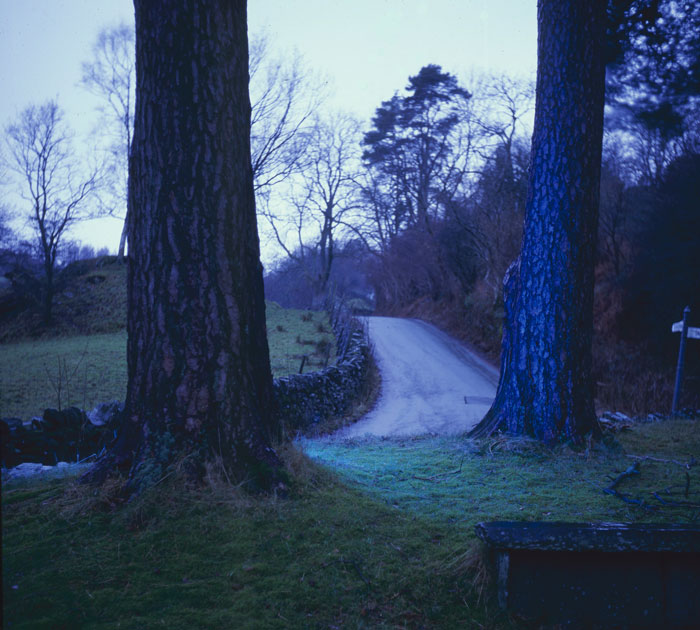 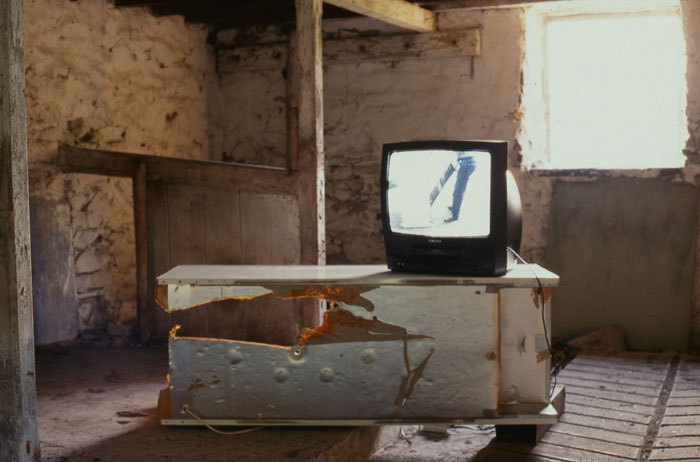